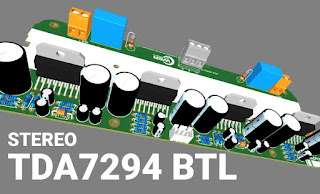 TDA7294 BTL Stereo Amplifier, Often it takes a sound that is strong enough on the speaker (loudspeaker), so that the information voiced can reach the user's ears (listener). Either information in the form of music, news, or audio sound in any form. For this purpose, several manufacturers have produced ICs with a large enough output power (100 watts or more), so that users no longer need to assemble large power amplifiers using transistors. Because one of the advantages of using an IC as a core component is that it only takes a few additional components to assemble an amplifier circuit.

One of the ICs that produces output with large enough power, but has a small physical size is the TDA7924 with BTL Application.

The following is the TDA7294 power amplifier scheme which is in BTL and already has a Stereo Amplifier: 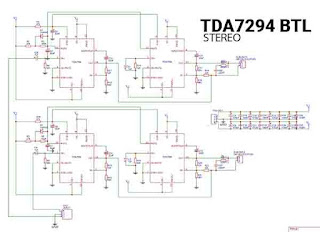 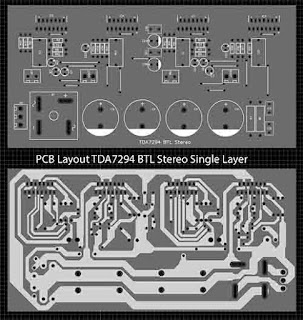 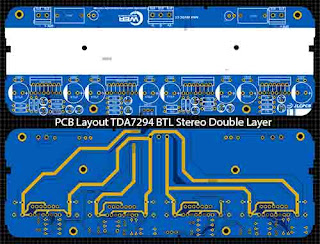