Publisher Elcircuit
LCSC Electronic Components - More Asian Brands, Lower Prices
Sign up today and get $8 off on your first order
This time I will share the passive crossover (Xover) circuit used for the 2 Way system. Passive Xover is more complicated than an active crossover. And using active Xover is much easier because:


Below for the schematic 2Way Passive Crossover Mid - Hi: 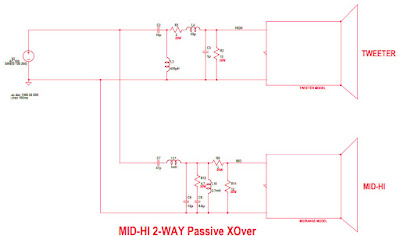