But in this post, I make this Yiroshi power amplifier circuit by using some component of SMD (Surface Mount Device) in buffer circuit and its driver. Some components that I change to SMD eg 2N5401 transistors with mmbt5401, 2N5551 and mmbt5551 and some capacitors and resistors. And for transistor driver still use the same transistor as Yiroshi previous amplifier, as well as on the final part of the transistor which still uses 2SC5200 and 2SA1943. Here's the circuit scheme: 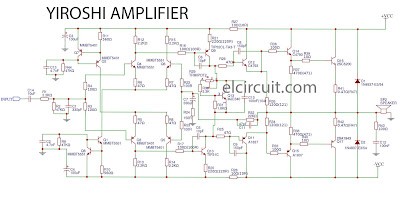 
Power amplifier Yyiroshi SMD has a PCB design is smaller because it uses some SMD part and with double layer PCB design so that the path and components can be arranged as neatly as possible and as small as possible. This is the first design of Yiroshi Power Amplifier that uses SMD part, allows for future I will update again with PCB smaller and can be more quality again. Here's PCB Layout design: 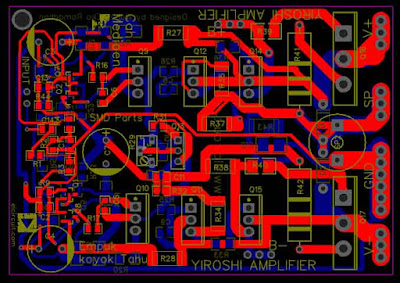 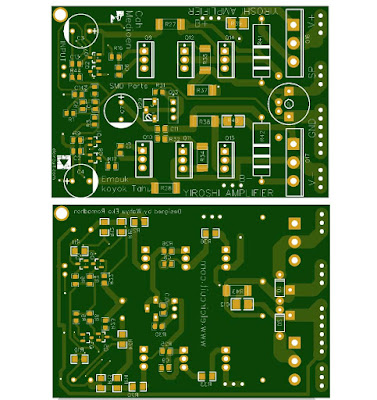