The above circuit is almost identical to the series of Power Amp D-Class 3000W Gambit, a significant difference that is in Mosfet Transistors are used, the Power Amplifier is only using 2 IRF MOSFET transistor amplifier, but this power amplifier also has a high-quality performance, Very large power output. To use Mosfet Transistor I suggest you use power MOSFET with IRFP4227 type because this transistor is very good compared to good Mosfet Transistor for Audio (Switching) than like IRFP460 / IRFP460N, IRFP250, IRFP260 etc.

For ease of making 1500W Class D power amplifier, I also share the PCB layout is as follows: 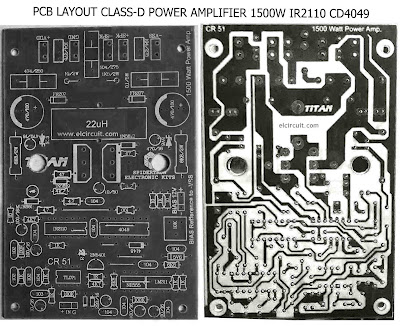 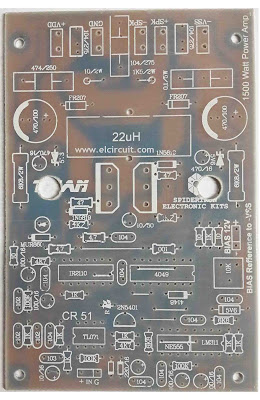 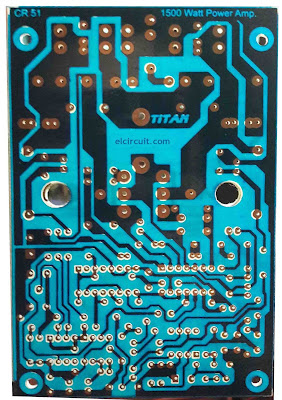