One of Cause Car power amplifier Protect

2 Weeks yesterday I was busy building the car audio ferio. Make a full audio on the trunk of a car. Early manufacture until box already finished and neat smooth course. But when the trial in the monoblock power amplifier occurs obstacle. When I give a power source voltage of 12 V, the fuse on this monoblock power amplifier immediately broke instantly. Is because of surge in power components therein.This Power monoblock branded skeleton then I check first.
Following the appearance of the component power amps moblock brands skeleton, whatever the series I forget. 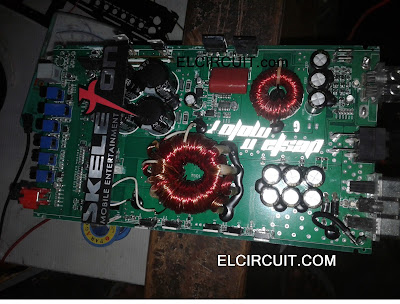 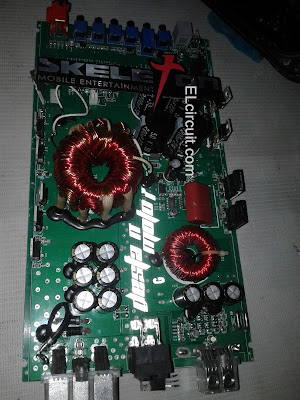 Monoblock Power is based on the strengthening Mosfet transistors, on the final transistors. for its subwoofer preamp section uses micro components and there are also some ic that no number. 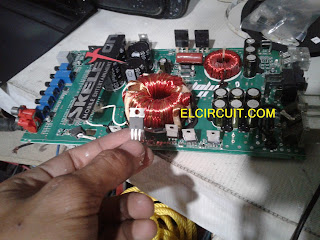 By using my avometer foot check mosfet transistor gate (G) Drain (D) Source (S). Gate on the first leg, foot Drain 2, and Source 3. Source feet and turned out legs 2 and 3 of my check back and forth all the dial. This is the cause for the 2nd leg of patronizing - direct and direct + 3 feet past the transformer windings StepUp. Fortunately only one transistor are short-circuit. So I immediately changed, and monoblock power was able to function again.

I also often see cases like this in the car power amps, sometimes can however protect indicator lights. There also is not protected and the fuse does not break, but many components even break, this is dangerous. Worse kalu charred pcb track, so it will be difficult, because the pcb in power now many are using doel layer on its PCB.

If you come across a case like this. First of all check first using the avo, the terminal + and - power amps, if the plugs behind the inverted avo still dial it will most likely be damage to parts inverter mosfet.