Editor Electronic Circuit Published Monday, April 23, 2012
Nmos350 Mk2
This revised version yet to be built improves a few perfomance areas. I considered more complex ideas but this increased the component count and original idea of the amp would have been lost; that is a powerful high quality amplifier that used commonly available and cheap components. 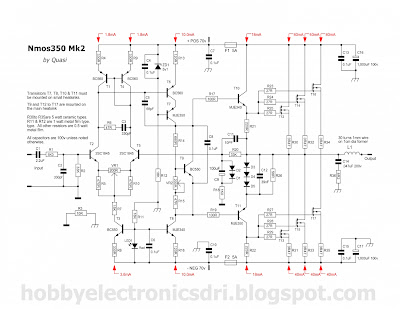