Nokia is preparing for the possibility of some additional products for Microsoft than Windows Smartphone Phone 7. One such product is a dual-screen device that can display 3D images, while the other is a tablet Windows 8. 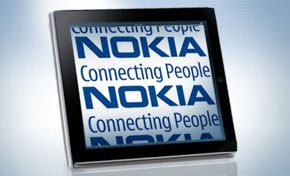 Both these gadgets have not confirmed its existence by Nokia's device with dual screen is visible from a patent application by Nokia on April 21, then under the name "Autostereoscopic Rendering and Display Apparatus" or a display device and processing autostereoskopik.

According to those files, this device consists of a sensor arranged to detect the position and orientation of one's view of the auto-stereoscopic display.

There is also a processor that is configured to determine the surface of an object that can be seen in 3D user, and an image generator arranged to create an image received by the right eye and left a visible 3D auto-stereoscopic.

From the pictures included in the patent is expected to have a 3D image processing screens and other screens such as the 2D image processing for shadows and reflections that will change according to eye position. There was no indication the user needs to wear special glasses so that the estimated Nokia would use technology like the Nintendo 3DS or better.

While the news about Windows 8 Nokia tablet is a result of a partnership with Microsoft. This news comes from rumors that issued Eldar Murtazin saying that Nokia will launch at least one tablet of Windows 8 models by 2012 or no later than 2013.

There is also information that Nokia will continue to release a Symbian-based devices in 2012 as many as 5-7 handsets upper middle class is being focused to make the phone even though Windows Phone 7. It also said that Maemo device 6 is not going to walk again with only produce as many as 92 thousand units.